A class action is when many people have the same complaint with a company, and all of those people sue the company together. One lawsuit is filed on behalf of all the members and the case is tried in a single court. We will advise you when we believe that your case may be suited for a class action based upon our pre-suit investigation and experience.

Usually, a lead plaintiff represents the members of the class. He or she is the named party in the lawsuit, and this person is appointed by the court to represent other people once the class is certified. The lead plaintiff is usually more involved in the case than other members of the class, and in successful cases is usually entitled to an additional sum of money known as a “service award” or “incentive award.”

We have deep class action experience in federal and state courts and are known for being one of the few law firms in the country to have taken four class action cases to trial. We have represented consumers in some of the largest class action settlements in the history of consumer protection litigation, and we’ve obtained several ground-breaking class action rulings. 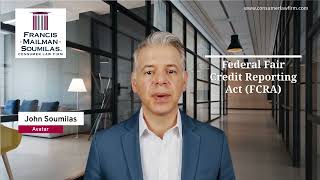 Is My Case Too Small For You To Take it?

What We Do – Our Core Practice Areas

How Consumer Protection Cases Work: Will My Case Go To Trial?

How Long Does It Take to Fix Credit Report Errors?
12»