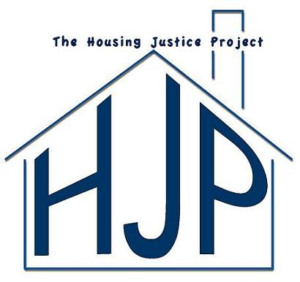 Francis Mailman Soumilas, P.C. recently facilitated a donation of $736,649.24 to the King County Bar Association Housing Justice Project as a result of the settlement of a class action lawsuit in Washington federal court.

The lawsuit was filed by Francis Mailman Soumilas on behalf of a Tacoma, Washington man against a consumer reporting agency that allegedly violated the U.S. Fair Credit Reporting Act by reporting inaccurate eviction and criminal record information as a result of inadequate matching procedures, and failing to provide disclosures required by law.

The King County Bar Association Housing Justice Project, founded in 1998, is a homelessness prevention program providing accessible volunteer-based legal services for low-income tenants facing eviction in King County, Washington. The program is the main eviction defense provider in King County, providing representation to more than 90% of tenants in the county facing eviction. The Housing Justice Project also co-manages a rental assistance program, Home Base, with the United Way of King County to provide emergency financial assistance to tenants at risk of losing housing.

“We are thrilled to have received this donation, and we appreciate the generosity of the lawyers involved in the case and U.S. District Judge Robert J. Bryan for approving the settlement which authorized this donation,” said Kelly Twiss Noonan, President of the King County Bar Foundation, which raises money for the King County Bar Association’s pro bono programs, including the Housing Justice Project. Edmund Witter, Senior Managing Attorney and Director of the Housing Justice Project added, “Evictions are devastating to the families who are displaced by them and the local neighborhoods where those families are uprooted. This donation will go directly to assisting low-income families who need legal representation to help avoid being evicted from their homes.”

This donation to the King County Bar Association Housing Justice Project is a cy pres award that consists of unclaimed settlement funds from the class action lawsuit described above. “Cy pres” is derived from the French phrase cy pres comme possible, which means “as close as possible.” Traditionally, cy pres awards are given to nonprofit organizations whose missions are consistent with preventing the alleged wrongdoing that is at the heart of a particular class action lawsuit.

“Because the plaintiff in this case alleged that his credit report provided by the defendant incorrectly contained an eviction that actually involved someone else who had a different name and lived across the country from the plaintiff, the lawyers involved in the case believed that the King County Bar Association Housing Justice Project was a deserving recipient of a cy pres award,” said John Soumilas, a partner at Francis Mailman Soumilas, P.C., and one of the lead attorneys for the plaintiff in the case. “Unfortunately, due to the economic crisis brought about by COVID-19, we expect the Housing Justice Project team to have to put this donation to good use sooner rather than later as a result of the expected rise of evictions once tenants are no longer protected by local moratoriums on evictions.”

Attorneys from Francis Mailman Soumilas, P.C. represented the plaintiff and the classes of people the plaintiff represented. In settling the lawsuit, the consumer reporting agency did not admit that there was anything unlawful about its current procedures. The lawsuit whose settlement provided this cy pres award is Anthony James Leo v. AppFolio, Inc., No. 17-cv-05771 (W.D. Wash.).

If you were denied, or delayed in, a rental opportunity due to inaccuracies on your tenant screening report, you may be able to recover damages against the company that created the report. Click here or call 215-735-8600 to schedule a free case review with a representative of Francis Mailman Soumilas, P.C. Located in Philadelphia, New York, and San Francisco, we serve clients nationwide.