James Francis takes his coffee black – Monday through Friday – but adds cream on the weekends. It’s this kind of discipline mixed with an ability to have some fun that has contributed to Francis’ success, first as a graduate of Temple University’s Beasley School of Law, and later as respected attorney and founding partner at Francis Mailman Soumilas, P.C.. Since 2004 he has regularly ranked as one of the top Superlawyers in Pennsylvania and in 2014 earned an Equal Justice Award from the Community of Legal Services in Philadelphia. “It has always been important to me to know that when I leave this earth, I left an indelible mark in some way,” Francis says. 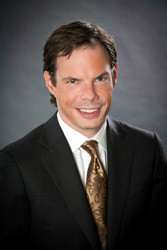 In consumer law, Francis found a vehicle for effecting societal change and making a difference in the world. “That is the main motivator for me to get up every day and push for great results for my clients,” he says. The cases handled by Francis Mailman Soumilas, P.C., and the decisions they have obtained have improved consumer protection law for everyone, consumers and practitioners.

Creating a top tier law firm was one of the biggest and most life-altering decisions of Francis’ life. When Francis and Mark Mailman started their firm, big business and moneyed individuals were always fully represented within the legal system, but the average consumer was not. “It has gotten better, but big money interests generally still have far superior representation than the average person.” Francis, always sympathetic to the underdog, says his goal is to eliminate that gap as much as possible.

In spite of all his professional success, the thing Francis is most proud of: being a good father. He says having two “awesome children” was the most profound event of his life. “I cannot imagine not being a parent to them,” he says.

Francis counts running and tennis as his favorite physical outlets, but cherishes most a good long walk with his dogs. “I am a big dog lover, and love my Viszla and Doberman to death,” he says, which is probably why he supports charities that involve animal rescue and protection from abuse.

Francis also plays guitar and was once in a band called Paradox. “Music was pretty much my life before law school got in the way,” he says. He grudgingly admits to listening to “really schmaltzy 70s and early 80s ballads,”

In his spare time, Francis is teaching himself Spanish. So next time you see him, be sure to say “Hola!”